It was a patriotic Monday for India because the nation celebrated its seventy fifth Independence Day. On the event, PM Narendra Modi urged residents to proudly use a picture of the National Flag as their show image and mount the flag of their residences as a part of his Har Ghar Tiranga marketing campaign. Numerous stars from the South took issues a notch larger and posted photos holding up the flag of their palms.

Pushpa actor Allu Arjun shared an image during which he proudly held on to the Indian flag at a snowcapped mountain. Sharing the image, he wrote, “Happy 75th Independence Day . Deep respect to the sacrifices made by our freedom fighters . Vande Maataram.”

Mahesh Babu shared photos together with his daughter Sitara during which they have been seen smiling with the flags of their palms. “One nation.. One emotion.. One identity! Celebrating 75 years of Independence! #ProudIndian #HarGharTiranga @amritmahotsav.” RRR star Ram Charan tweeted, “Wishing everyone a Happy Independence Day! Let us take a moment to thank all the freedom fighters who fought for us to enjoy the fruits of freedom. Makes me super proud to see the Har Ghar Tiranga initiative spreading far and wide. #HarGharTiranga #IndiaAt75.” 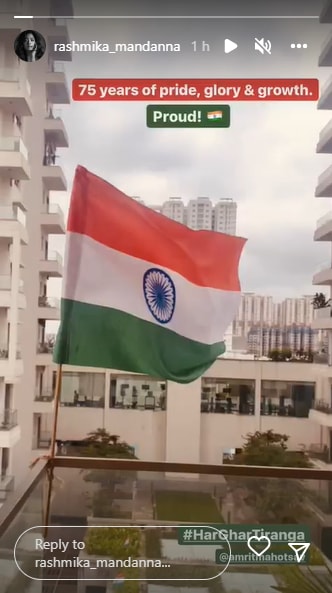